May 1, 2010
Before we watched Iron Man 2, we decided to have dinner at Five Cows Resto & Ice Cream Bar in Trinoma Mall, as suggested by our good friend Martin. As we got there, the place looks like a barn, wooden chairs and tables were unequally painted white. It was cozy.. and I saw almost everyone was eating  ice cream and cakes. So when the waiter handed us the menu, I first browsed the dessert section out of curiosity, and when I saw the list I thought.. yeah.. no wonder!♥

Five Cow's Asian salad: greens, tuna, kani, nori, apples, orange in wasabi dressing..at first Noah was hesitant because of the "wasabi" dressing, but when he saw the menu symbol for house specialty on it.. it made him go for it! 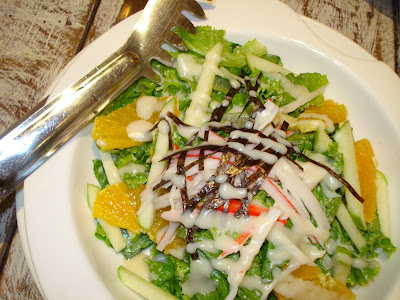 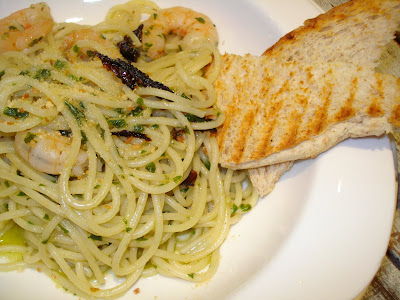 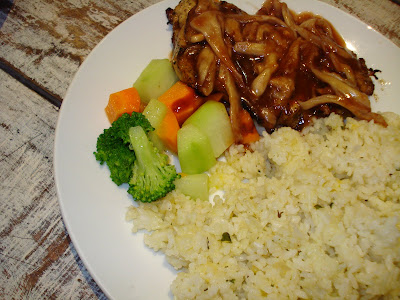 And down for the dessert:


After Eight: So so so liked it! layers of double chocolate chip ice cream and mint ice cream covered with chocolate cake!! wheew! 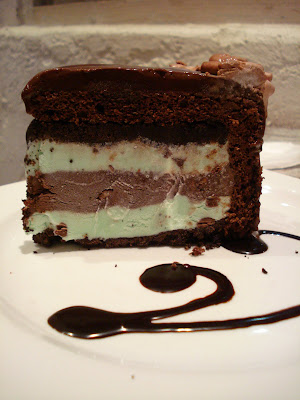 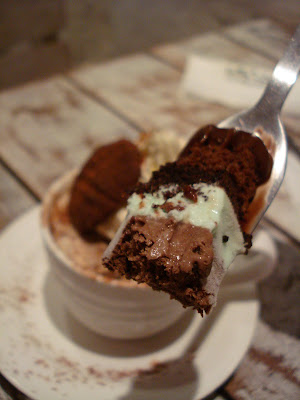 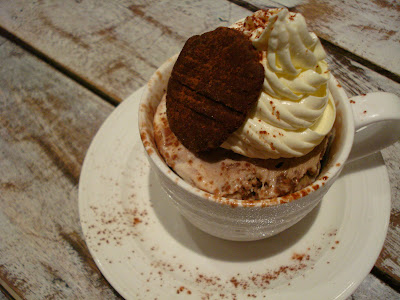 Will definitely go back here to try other entrees and dessert! ♥
at 2:19 PM No comments:

Tin-ay =)
Sharing with you my thoughts about everything =)